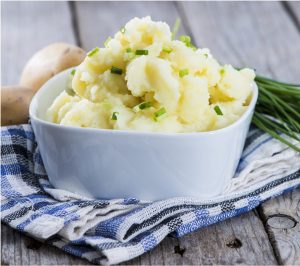 I seem to have a lot of friends who insist that Thanksgiving dinner is the “easiest” meal to prepare. It’s just turkey, stuffing, some potatoes and maybe corn? Well, it’s not easy for me.

I usually spend weeks before the holiday, scouring cookbooks and magazines for new dishes and ways to spruce up the old standbys.

I usually begin with cranberry sauce, a Thanksgiving dinner staple I can’t do without.  I’ve made it with cognac, orange, ginger, dried cherries and apples. And thinking more is always better, I often make two kinds, ensuring we can never eat it all. But it freezes well and can be served with pork and chicken dishes, too.

Then I usually venture into the “vegetable part” of the dinner, where I often succumb to making several types that are not family favorites or simply making more than we need. I know I am safe with broccoli (grandchildren like it!) and maybe green beans (with a few toasted sliced almonds). Peas are tricky (husband), and the Harvard beets were not a hit the year I made them (orange or no orange).

I always make pureed sweet potatoes with vanilla, cinnamon, pecans and cream. They are delicious but fare poorly when guests are choosing between them and extra stuffing. But not being content with the sweet potatoes, I seem to always add carrots—carrots with butter and maple syrup, carrots with ginger, carrots with sauteed shallots, or an Italian version with Marsala wine.

On the “stuffing front,” I’ve accepted the fact that my mother’s recipe is the best—just cubed country white bread, celery, onion, butter, chicken broth and lots of poultry seasoning. I am done experimenting with cornbread, chestnuts, apples, nuts and raisins. Mom’s traditional and plain version seems best for us. I make a lot.

No matter which dishes I end up making for the big Thanksgiving meal, I learned one thing early on. I don’t want to be mashing and whipping potatoes at the last minute. Years ago, I found a recipe for mashed potatoes with chive cream. I cut it out (from somewhere), and it is now covered in plastic and pulled out every year. There is nothing really that unique about it except for the addition of some chive-laced half and half.  The most important thing for me is that it can be made a day before the big meal and gently warmed right before serving. It is a big timesaver for me and really good, too.

Alternatively, and if you have the oven space, you can bake the potatoes for about an hour, before dinnertime. I like doing the baking the day before so that all is left is the heating.

I have been doing Thanksgiving potatoes like this for a very long time, and it is my favorite dish on the heavily laden table. The touch of nutmeg and oniony chives gives it an unexpected flavor.

I’ve gotten the Thanksgiving cooking magazines out already. I’ve been wondering if marshmallows on the sweet potatoes really would be OK.

Squid Bliss: Rosemary grills the calamari of her dreams