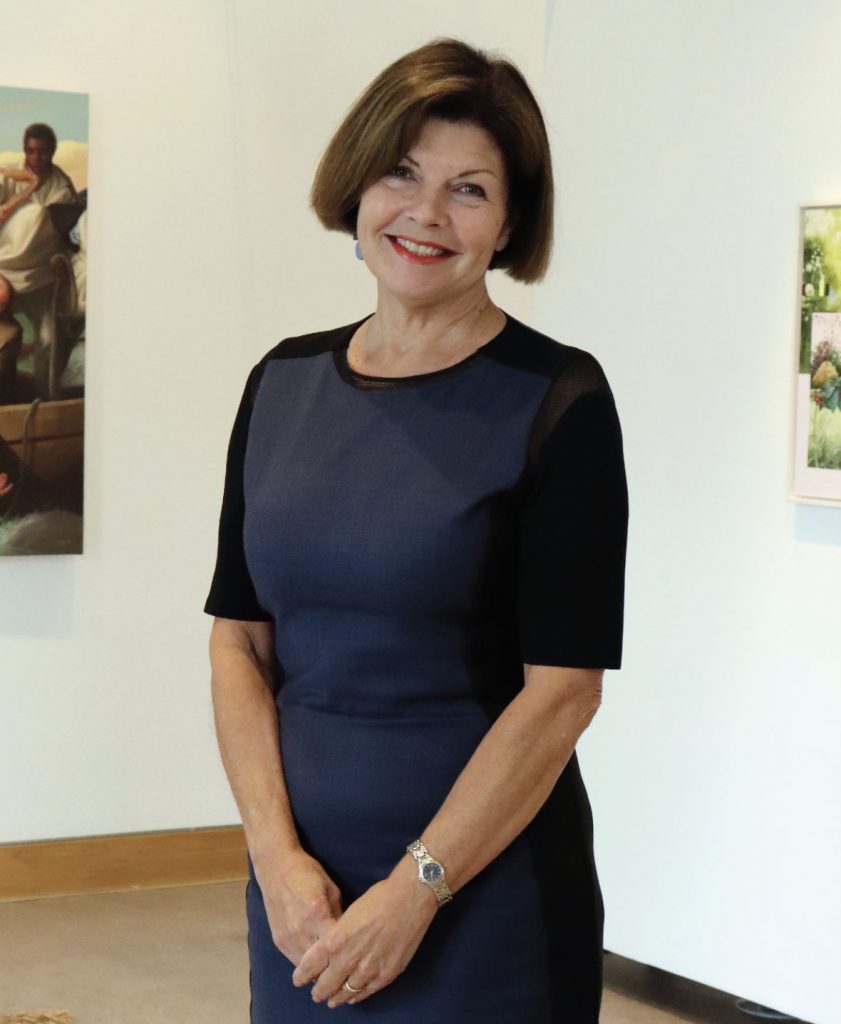 The English traditional poem, “Monday’s Child,” attributes, through verse, personality traits that children may possess based on the day of the week they were born, often foretelling the future.

In the poem, “Thursday” shares that the child born on this day “has far to go.” It can be interpreted to mean that a long, successful life lies ahead or that the life destined for them will be a long and fruitful journey. As a Thursday’s child, I can attest to a never-ending road of great adventure.

Little did anyone know on a Thursday in February, in the late 1950s, a little girl was born on Feb. 21, to be exact. The date marked her arrival in Harrisburg. She grew up with a genuine love for art and cooking, among other things. Later, she grew to serve her community as an advisor and advocate. In between, she worked tirelessly as a wife and mother and a friend to many. She holds within her a gift that only a rare few possess, the ability to make the person she is talking to feel like they are the only one in the room.

Alice Anne Schwab, currently the executive director of the Susquehanna Art Museum at the Marty in Midtown Harrisburg, is that person. In high school as a summer intern at the State Museum of Pennsylvania, she realized, by looking through the lens of art, that that perspective would provide her with the knowledge of various cultures in forming a global view.

If art is a thread that has been one of continuity in Alice Anne’s life, the art of cooking runs a close second. In a professional career that has spanned four decades, she has worn many different hats in the private sector. She always embraces the next challenge as a natural progression—an evolutionary step in the process of living.

Adept at learning the art world as a graduate from Bucknell University, Alice Anne assisted John Szoke at his prestigious New York gallery. She then worked in hotel management for hoteliers like Ian Schrager and Steve Rubell of Studio 54 fame, proving to be a quick study. She next received her culinary certificate from the New York Restaurant School and returned to her hometown of Harrisburg in 1990 with the bug to cook and create. However, raising small children was her primary focus for a number of years while she dabbled in catering out of her home. In the ensuing years, as a member of Market Square Presbyterian Church, she was asked to become the director of education, a post she held while taking graduate courses in religion. In the wake of 9/11, Alice Anne’s epiphany came to her “that life is short and to live your dream and give it the best you have.”

That realization led to opening Alice Anne’s Kitchen, which combined a restaurant and catering business, which she ran for two years. As anyone in the food industry would agree, it is an all-consuming line of work. After that chapter, the position of director of education for the Harrisburg Symphony Orchestra (HSO) opened up, a role she assumed for the next seven years. This became a great joy in her life as she worked with then-Executive Director Jeff Woodruff.

Accomplishing what she set out to do at the HSO, she acted on the advice of a friend and applied to be executive director of the Susquehanna Art Museum, which was about to enter a new chapter in its freshly minted Midtown locale. It is a position she holds to this day. As the public face to the only dedicated art museum in the area, Alice Anne’s impact on the regional art scene extends well beyond the museum’s doors and within the community at large.

When asked to reveal the three artists that have changed her view of art, she responded without hesitation and with great insight. Frida Kahlo as a woman artist, bold in her persona and paintings; Leonardo da Vinci as a visionary across many disciplines (science, math and art); and lastly, Paul Cezanne, for the beauty and deeper meaning that he brings to the canvas. Alice Anne feels strongly that her mission as the overseer of art at SAM provides the public with the opportunity to have a Cezanne moment.

“If people, who may or may not have any prior interest or training in the visual arts, can gain perspective when they stand in the presence of great art and have clarity where something about life is revealed to them anew, we’ve achieved our goal.”

In a career that has included working for the presidential re-election campaign of Jimmy Carter, Alice Anne Schwab has led an adventure-filled life that has taken her far and wide. Trying to arrive at the essence of Alice Anne is like reaching the final page of a great book. You don’t want it to end. You want it to go on to the next chapter knowing the story will only get better. That is as close as I got, and so is it any wonder that she wrote the next sentence for me with her usual flourish?

“I believe the best is yet to come.”

To be continued…after all, she is a Thursday’s child.