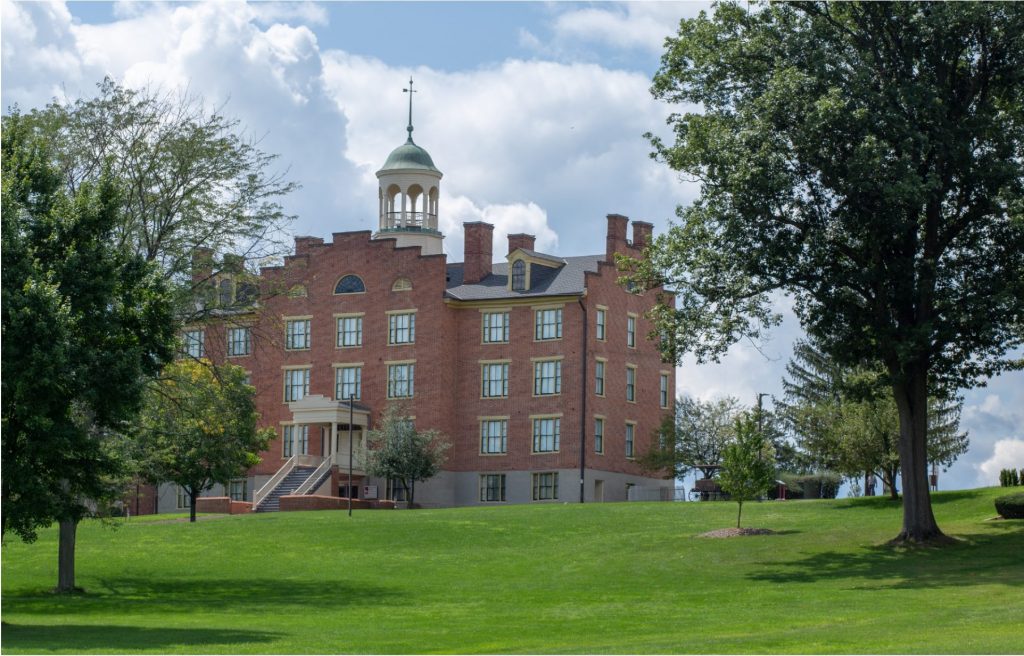 If you haven’t been to historic Gettysburg since that class trip years ago, it may be time for a fresh look.

Relatively new to this nearby Adams County tourist community is the Seminary Ridge Museum and Education Center, opening in 2013 at—where else?—Seminary Ridge along the National Park Service’s auto tour of the historic 1863 Civil War battlefields.

“We’ve always told groups visiting here that our goal is to connect you with a story that is relatable here on Seminary Ridge,” said Robert Williams, the museum’s director of outreach. “We are so lucky to be able to tell this story. We tell a big story to our visitors in a small and close personal way.”

The museum is located in a three-story, 1832 brick structure that played a key role during the Battle of Gettysburg. Once a longtime Lutheran Seminary, the structure’s cupola initially was established as a wide-range lookout post on the first day of the battle—July 1, 1863—by Union Gen. John Buford and his Signal Officer, Lt. Aaron Jerome, of the U.S. Army Calvary.

That following evening and through July 5, Confederate forces overtook the seminary while it was occupied by hundreds of wounded U.S. soldiers. After the Confederates’ retreat, the building remained a large field hospital until mid-September 1863.

You don’t have to be a “battle buff” to enjoy the Seminary Ridge Museum and Education Center, according to Peter Miele, the museum’s executive director.

“We’re open to more audiences of all ages,” he said. “We often see families come here, so we offer educational guides for parents and children. I used to be an American history teacher, so I think about ways we can catch the interest of younger people who visit our museum.”

The cupola is scheduled as a personally guided separate tour that runs several times per day each summer and twice daily in winter. Here, visitors can view the vistas where the Battle of Gettysburg took place.

To attract a younger audience, the museum has initiated a historically themed escape room, “Escape from Seminary Ridge.” The activity’s scenario is the first day of the famed battle when Union Gen. Oliver Otis Howard relies on a small Signal Corps team in the attic of the Lutheran Seminary to predict the Confederates’ movements and points of attack. Participants must seek information before retreating or being taking prisoner.

The facility also posts a wide range of digital resources that go far beyond the battle. The museum website offers such courses as “Race, Slavery, Freedom,” “Civil War Medicine/STEM,” and “Civil War Memory.”

“I hope that people get a deeper view of the causes and effects of the Civil War and how that affects the present,” Miele said. “The last room here asks our visitors, ‘What do you think is the unfinished work?’ and people write their responses.”

In 2019, around 20,000 visitors from throughout the U.S. visited the Seminary Ridge Museum and Education Center. The venue also welcomed “well over 100” visiting school groups, Williams noted.

Post-pandemic, museum staff would like to see more locals stop by for a visit.

“You have this gem right here where you can learn more about history,” Miele said.

The museum and education center is operated through the Seminary Ridge Preservation Foundation, a nonprofit organization founded in 1999. The foundation’s stated mission is “to restore, preserve and maintain the national historic Civil War properties, architecture and historic legacies of Seminary Ridge, and provide related education and communication of these legacies for the general public.”

“Every day is a new day for us here; it’s a new adventure,” Williams said. “It’s more than fulfilling to hear people say that they’ve always wanted to stand here.”

The Seminary Ridge Museum and Education Center is located at 61 Seminary Ridge, Gettysburg. For information and tickets, call 717-339-1300 or visit www.seminaryridgemuseum.org.

Bob’s Art Blog: Where It’s At