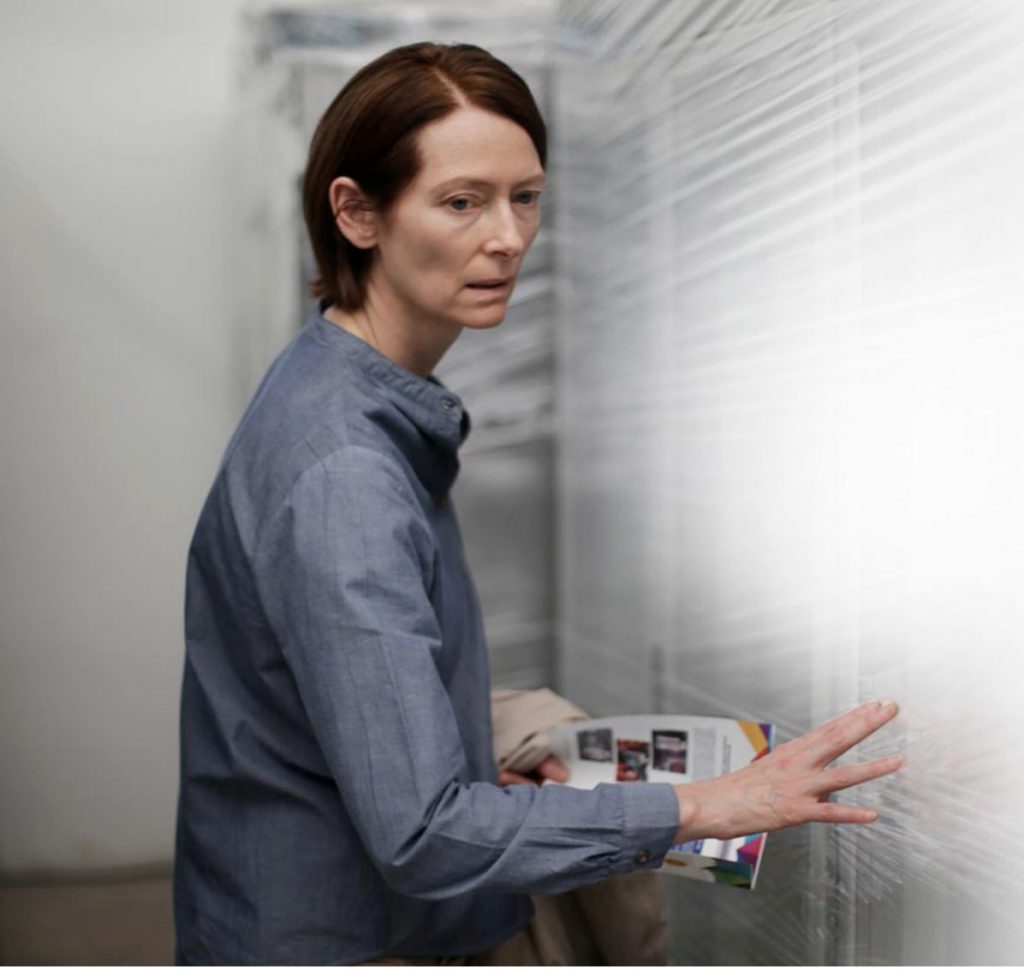 I have to admit—I found “Memoria” to be disappointing.

Written and directed by Apichatpong Weerasethakul, the film has a lot of potential for beauty and exploration, and, at least for the former, it scratches that itch. And it even has Tilda Swinton in it, which is almost always a win. But it takes an awfully long time for the film to say what it is, and then it really doesn’t satisfactorily fulfill its own narrative.

Swinton plays Jessica, a Scottish woman visiting her sick sister in Bogota, Colombia, who is haunted by a loud, intermittent banging sound that no one else can hear. She spends the majority of the film seeking the help of various experts to navigate what the sound is and why she’s hearing it—an audio technician, a psychiatrist, an archaeologist, etc.—and as the film plods ever slowly forward, it becomes clear that something is definitely not quite right.

You will feel compelled to piece together the clues of what is happening to Jessica as you watch, but be forewarned that there might not be any conclusion to draw. Maybe it’s psychological, as sometimes the sound appears to happen when she’s under stress. The fact that there is a real phenomenon called “exploding head syndrome,” usually caused by anxiety or fatigue, backs this theory up. Or maybe it’s not that at all. At some point, one has to throw up their hands and admit that there may not be an actual reason for the noise. Or at least, a satisfactory, thematic reason.

The film is excruciatingly slow-paced (even too much for a reviewer who loves slow-paced films), which allows for enjoyment of the scenery, but honestly could have been cut to produce a 20-minute film. Each shot seems to stretch on and on, not only static but often with very little movement within the frame, for minutes on end. Sometimes Jessica will stare at a painting; sometimes she’ll stare out the window. Sometimes you’ll watch a man sleep for literally six minutes. While the shots are beautiful, the content is inanely superfluous.

Swinton is her usual magnificent self, though, with such a role, her talents may have been better utilized. But as always, watching her onscreen is an experience in itself, with the painstaking care she takes with her character. The supporting cast (Juan Pablo Urrego and Elkin Diaz both play characters named Hernán) is lovely as well, and the relationships that form throughout the film are its major respite. Overall, however, the film feels like it has more depth than it does, and the ending may leave you bristling a bit.

Perhaps you will get more out of this film than I did. “Memoria” will play this month at Midtown Cinema.