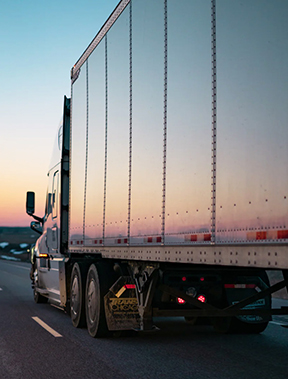 Editor’s Note: Our contributor Karen Hendricks kindly allowed us to reprint this column from her blog, which continues a story she originally reported for TheBurg.

I attended a memorial service for a homeless friend today. His death didn’t make headlines, or the footnotes for that matter, in any local newspapers. And that’s one reason I’m writing about him, as a tribute—not only to those who knew him, but those who did not. Sometimes as a society we ignore the homeless—and maybe it’s easy to do without a face or a name. I never asked permission to use his photo, but hopefully my description will conjure up an image in your mind. And whatever your perceptions about the homeless, I think his story will defy your assumptions. And I can definitely tell you his name.

His name was Jeff. I met him nearly two years ago, and I’ve talked to him once or twice a month, ever since. We first met, as I was writing a magazine story about a local church group taking their ministry on the road, literally, to a truck stop experiencing a trend. An increasingly growing population of people, especially families, were parking there for the night. They were homeless, living out of their vehicles. A truck stop is one of the few places where they could park for the night, slipping into the darkness and hiding out of sight, until their growing numbers could no longer go unnoticed.

But let’s stop calling them homeless people and just call them people. Why was this a trend? I wanted to hear their stories and try to understand. I wanted to share their stories—to open people’s eyes so that they were no longer invisible.

I went twice—once to observe and meet the participants, around a huge family-style dinner table at a local Denny’s, and I returned a second time to interview those willing to talk and share their stories. Then I wrote up my story (I’ll link to it below) and thought that was the end.

It might surprise you to learn that he was a former police officer. And a proud Vietnam vet. Some might say he walked with a limp or a gimp, but I would describe him as jaunty. That’s because he was a jokester, a prankster, who often had a giant smile on his well-weathered face. He was small, but wiry and scrappy, and that smile was his dominant feature. When he told me he was originally from New Mexico and Arizona, I could imagine him as a cowboy. But his profession, for the majority of his adult life, was that of a truck driver.

So how did he become homeless, living out of motels and truck stops, relying on ministries, for the last 10 or so years of his life?

Jeff was also a widower—that was one of the first things he told me. He talked about missing his wife Jean every day of his life. And that’s how he lost his life savings—pouring it into her care. I’m sorry I can’t remember the details, but I believe she had cancer. She died in the Harrisburg area, and I think that’s what kept him here. I got the feeling that he didn’t want to leave the area, because this is where she last was.

Jeff transitioned from taking care of his wife to taking care of others who had fallen on hard times. When he came to the church’s ministry nights, he never arrived alone. He always brought several others with him—people he was sheltering in his motel room or his motel-turned-home’s neighbors. Jeff created community. And he seemed to know everyone.

In some ways his police officer background never left him, because his chest swelled with pride when he told me he knew a lot of the area officers and EMTs. They apparently nicknamed Jeff “the sheriff.” Because he knew everything going down at the local truck stops, they knew they could count on him for information from time to time.

Even as he continued to take care of his fellow homeless friends, age and health caught up with Jeff this summer. It might sound crazy, but I would describe today’s service as beautiful. That’s because the memories and tributes to Jeff painted a picture of a man who, despite his situation in life, touched the lives of others. Isn’t that something for all of to strive for? To make an impact, to help others, to make a difference.

Godspeed, Jeff. I am happy that you’re homeless no more.

Karen’s original story, “When a Truck Becomes a Home: One church takes homeless ministry on the road—to the local truck stop,” was published in TheBurg in December 2019.