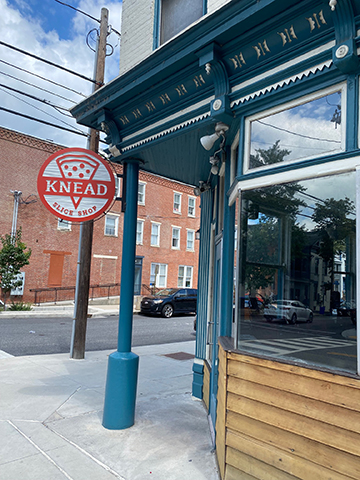 In the business world, there’s an old cliché called the “win-win.”

A win-win means that some deal or transaction is so good that everyone’s a winner—all parties leave happy.

In Harrisburg this week, we had the exact opposite of the win-win: the lose-lose.

On Tuesday, Knead Pizza abruptly shut its doors. The closure came just days after some of their dozen or so workers announced that they had filed to join a union.

Personally, I don’t know the full story behind the employees’ decision to unionize or the owners’ decision to shut down, so I’m unable to add anything meaningful, much less factual, to the ensuing online brawl. If conjecture is what you want, you can visit any number of Facebook pages (including ours) to feast on speculation and conflict.

However, I do know this—everyone has lost.

The owners lost their business. The employees lost their jobs. The customers lost their excellent food—and beer. The community lost its corner pizza place. The city lost yet another small business.

Again, I can’t speak to such issues as the viability of the business or the needs of the workers or the intentions of the Philadelphia-based union. My own two-cents worth of guessing is that, if all parties could have foreseen what would happen, the outcome would have been very different.

Knead is no more. Everybody has lost.