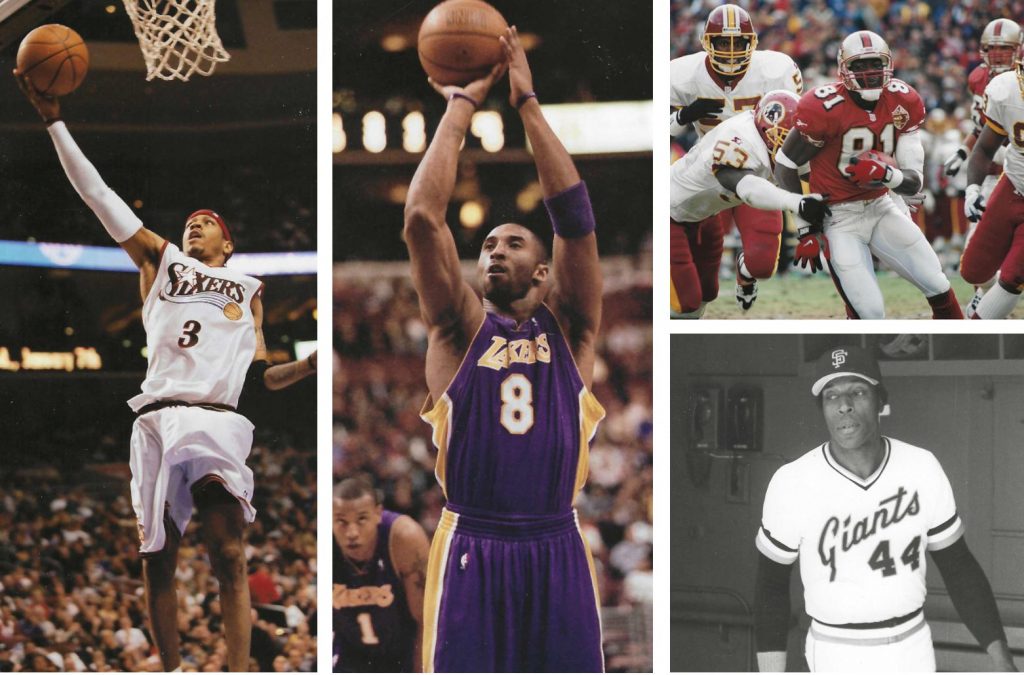 Clay Shaw was cautiously optimistic about going to the Boston Marathon on Oct. 11.

“It’s kinda like sleeping with one eye open,” said Shaw, of York. “You hope this disease doesn’t ramp up [and force its cancellation].”

Boston, the world’s oldest annual marathon, has been held every April since 1897—until 2020. That means October’s pandemic-rescheduled race was the first live, in-person Boston Marathon since April 2019.

But Shaw wasn’t among the runners—he attended as one of the nation’s most accomplished race photographers.

“I covered Boston for the first time in ’81, so I’ve probably photographed it 40 times,” said Shaw, 69. “I ran it eight times, too. It’s probably the greatest marathon there is.”

Qualifying to run Boston is no small feat, but photographing the world’s elite runners puts Shaw in even rarer air. Not only has he captured images of the fastest runners for decades, but he’s also snapped action shots of the top NBA, NFL, NHL and college football players. Looking back, even he can’t explain how his career unfolded, except to say he was in the right place at the right time.

“I played sports growing up—baseball, football, basketball—and I got into running because I ran Bay to Breakers in ’69,” said Shaw, who grew up in San Francisco, site of the iconic California race. “And I could walk to the 49ers’ games.”

Two resources in his hometown proved pivotal to his career: free access to the city’s rec department photo center, including a darkroom, and City College’s photography major.

From the start, he was drawn to sports photography, and he became a regular at Golden State Warriors games to study the pros—the professional photographers courtside.

“I made friends with one of the ushers, and I used a long lens, capturing images,” Shaw said. “But I got bolder and bolder, and occasionally sat down on the floor with the photographers. At the end of the season, the guy in charge of the photographers said, ‘Show me what you got.’ I showed him and was hired.”

Shaw was 20 years old, hired as the Warriors’ team photographer. A few years later, he slid into similar roles with the Baltimore—then Washington—Bullets (now Wizards) and Philadelphia 76ers. As he photographed ‘70s-era basketball greats making their shots, his shots graced sports magazines nationwide.

He considers a photo of Julius “Dr. J” Erving one of his most memorable.

“He was dunking against Elvin Hayes, in between Hayes’ arms,” Shaw said. “I actually gave Dr. J the photograph … he told me he loved that photo, that he put it on his mantel. I’m not into hero worship, but back then these guys were kind of my age.”

Shaw’s photography career soon took him to a whole new ballgame—football and the Philadelphia Eagles. From his home base in York, he traveled to major East Coast cities—Pittsburgh, Buffalo, Cleveland. He added NHL games and college sports, including Penn State.

Keep in mind, this was all well before the digital age.

“There was no auto-focus; I was using film,” said Shaw. “I had to focus on and follow the football, so as the quarterback is running, I’m zooming in on his chest and number to focus.”

In the late ‘70s, Shaw added running photography to his repertoire. He was in Washington, D.C., to cover an NBA game when he realized there was a race happening, too.

“It was an all-women’s race—which obviously I couldn’t run in myself—and there were some name runners,” Shaw said. “So, I went down with my camera, and that was the first true race that I photographed.”

He started combining sporting events in his travels. He covered the Boston Celtics and Boston Marathon in tandem about 30 times. As busy as he was, photography was more of a labor of love than a living.

“I knew straightaway it wasn’t a living,” Shaw said. “That’s why I worked at UPS for 41 years, burning the candle at both ends, trying to run, too.”

An accomplished athlete himself, Shaw was the first Pennsylvanian to run a marathon in all 50 states.

Today, Shaw’s retirement from UPS allows him the time and means to continue focusing his lens—digitally since 2005—at major running events. And he’s not alone. He taught his wife Karen Mitchell how to photograph runners after they married in 1997; they’ve covered races as a team ever since.

What makes a great race photo? It’s all about capturing the runner’s eyes and a beautiful, full stride, Shaw said.

“It’s the same thing with running in football or basketball—you want to get the peak action and the eyes,” said Shaw. “Photographing Michael Jordan, I want to get him in full flight, just as he’s releasing or dunking the ball; the quarterback in Heisman trophy position. If he’s already thrown the ball, you’ve lost the picture.”

Sifting through the memories, seeing nearly 50 years of sporting events, Shaw names favorite athletes seen through his lens—Joe Montana, Jerry Rice, Allen Iverson. One of his shots from Washington, D.C.’s Cherry Blossom 10-Miler made the front page of the New York Times.